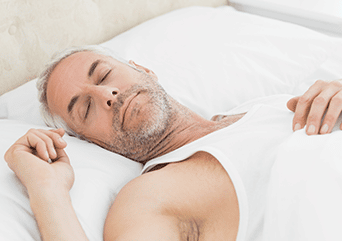 Today we reviewed a client of our following a sleep study which was begrudgingly carried out as they said, “ But I don’t snore, choke or wake gasping” but they always woke up tired, unrefreshed, often exhausted. Blood tests game back normal and the client just assumed it was poor sleep due to worrying about life stresses and relied on medication. Incredibly the sleep study showed they woke (micro arousals) more than 30 times every hour.

What this client was suffering from is called upper airway resistance syndrome and anxiety. (UARS). UARS is part of the spectrum of sleep disordered breathing (SDB), most recognise the other end which is termed sleep apnoea.

Incredibly in upper airway resistance syndrome there is only a slight closure of the airway which increases resistance to airflow and reflex mechanisms form receptors in the upper airway ultimately cause the brain to wake (micro arousals) which lead to poor sleep, ultimately exhaustion and anxiety. UARS typically affects thin patients and as mentioned before there is very little or no snoring. Many UARS patients report fatigue and insomnia.

UARS like sleep apnoea also puts your body into fight or flight mode (sympathetic overdrive) every time there is a micro arousal which ultimately affects your organs and the musculoskeletal system. UARS has been linked to chronic pain and fibromyalgia. The constant fight / flight response causes the muscles in the body to be constantly tense and this leads to pain. Poor sleep due to micro arousals also means your body does not get a chance to rest or heal, therefore leading to more pain.

Fortunately most UARS cases can be successfully treated with mandibular advancement splints, which are much easier to tolerate than CPAP machines. It is also important to establish correct breathing patterns and eliminate any obstructions of the nose.

So if you are feeling fatigued, have chronic pain there may be a simple reason.

TMJ Centre Melbourne has moved to a new location in the building next door! Our new address is:

If you have any trouble finding our new location, contact us on 03 9417 4038.
×
We've Moved!
Due to current COVID-19 restrictions in Victoria, our practice has had to temporarily close.
×
We Are Temporarily Closed
However, we are still available for telehealth consultations. So please feel free to get in contact online or via (03) 9417 4038.