The Evolution of TMJ in Modern Medicine 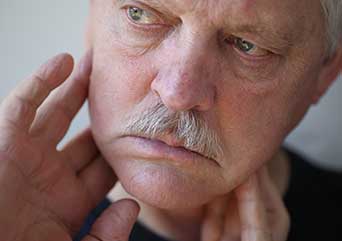 Temporomandibular joint disorder, commonly known as TMJD, TMJ or TMD, is a relatively new term used to recognise the categorisation of specific jaw issues. The first time that TMJD was acknowledged in medical comments initially appeared in the 1950s and it took healthcare professionals another 30 years, to finally develop a skill set specific enough to finally specialise in diagnosing and treating issues regarding TMJ.  Prior to TMJ being identified as a problem, physicians waved it off as a figment of the imagination.

Beginning To Understand The Relationship Of TMJ Symptoms

It was the work of dental practitioners in the 1980s, and their research in the field of TMJ, that lead them to finding and understanding so much more about the relationships between the neck, jaw and face, as well as the significant part the temporomandibular joint had to play in this intricate system.

Most studies operated on the basis of/ relied upon people who suffered from TMJ offering to be part of their research. And it was due to these programmes that a distinct correlation between TMJ and arthritis was found. It was on the basis of this discovery that the introduction of a new and enhanced method of treatment for sufferers of TMJD began. This improvement allowed `practitioners to remedy the causes of a variety of TMJ conditions, rather than only being able to treat its symptoms.

Carrying The TMJ Flame And Building On What We Know

Today, a number of organisations are further investigating TMJD, specifically into understanding how and why the disorder originates and emerges in people. By further enquiring into the topic of TMJD, especially its link to arthritis, researchers hope that their discoveries will help to uncover the root causes of TMJD, which in turn will allow for more efficient diagnoses and improved treatment.

Other areas of research are more concerned with the physical symptoms found in TMJD sufferers. This includes their pain thresholds, sensitivity and how both of these are processed. Other aspects being investigated are the difference in the responses found between men and women. How they feel pain and the remedies for this, what role environmental factors and lifestyle play in patients with TMJD as well as what medications have proven to work in chronic TMJD cases.

However, the most long-standing research has been specifically targeted at how to repair and replace muscles used for chewing, damaged or abnormal pieces of temporomandibular joint, disks and implant options and genetically engineering parts of our anatomy.

TMJ Centre Melbourne are following government guidelines in line with the ADA's Covid-19 Level 1 restrictions. For the safety of our patients we are still taking all the necessary precautions, including ongoing stringent infection control and patient pre-screening.
×
We're Open!
Due to current COVID-19 restrictions in Victoria, our practice has had to temporarily close.
×
We Are Temporarily Closed
However, we are still available for telehealth consultations. So please feel free to get in contact online or via (03) 9417 4038.